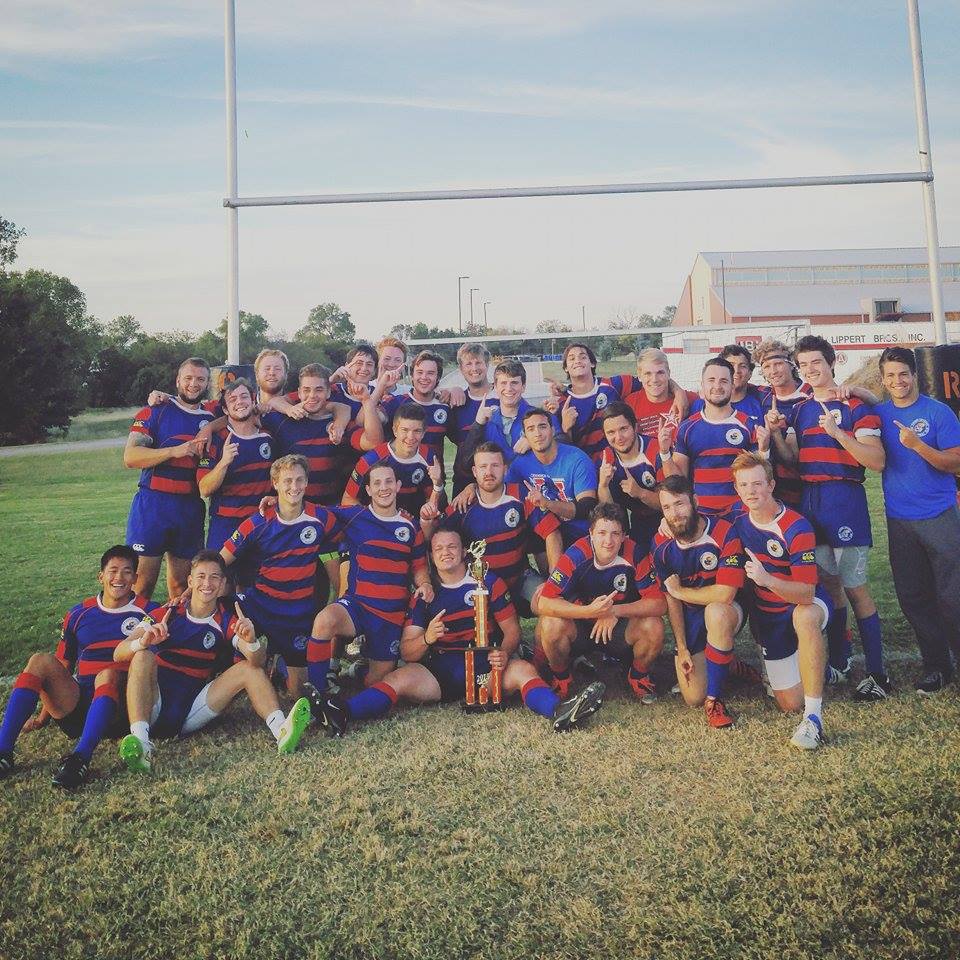 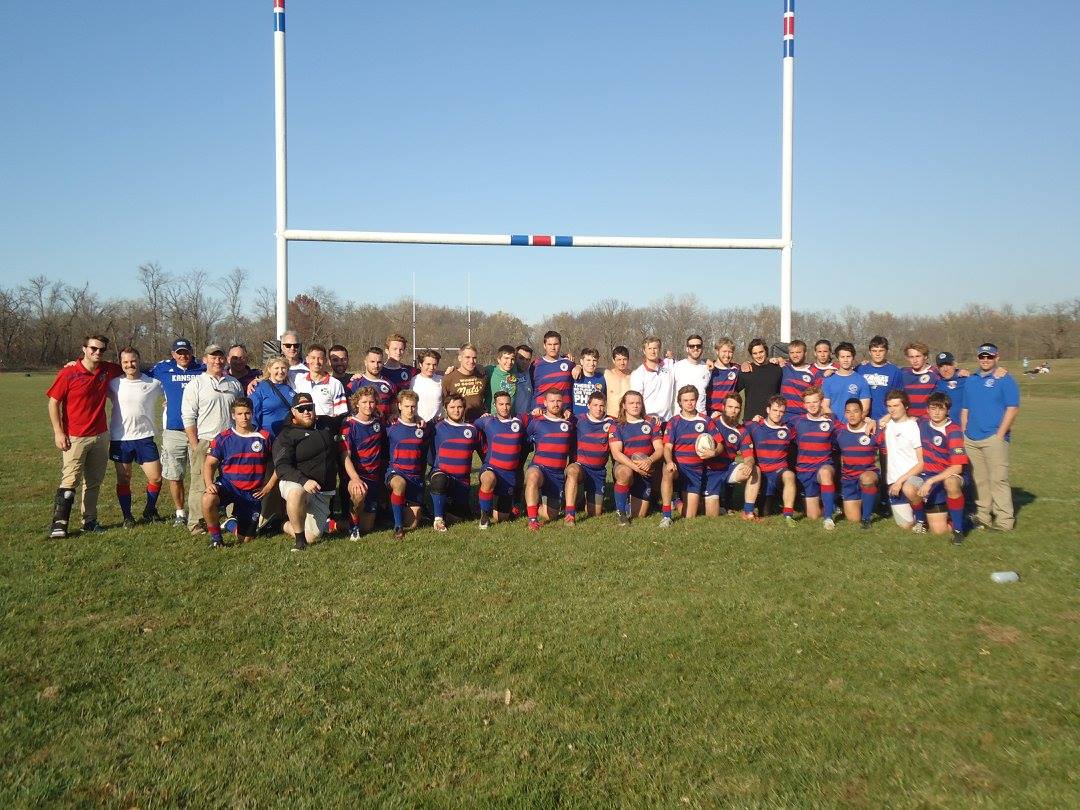 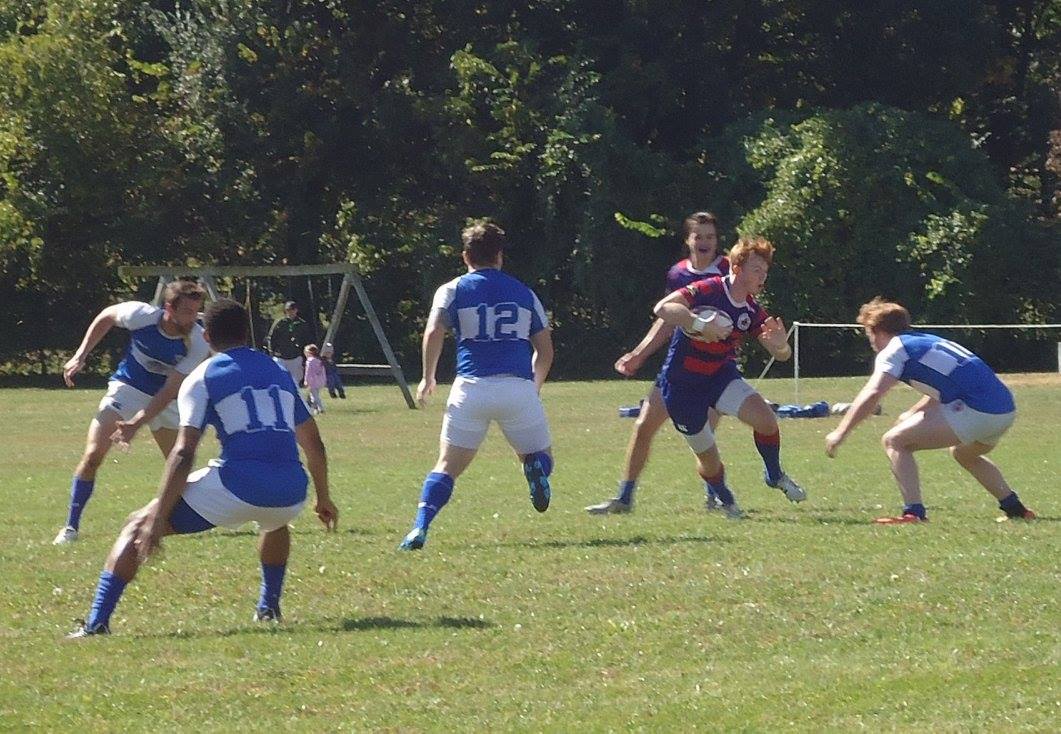 Due to weather training has been canceled tonight. Get yourself to KU Rec or the gym and grab a cardio session. See you all this Tuesday at Westwick 6.30pm!

And just like that, spring rugby is upon us. We hope everyone had a good winter break! The boys are back to the training ground tomorrow night inside Sports Pavilion Lawrence starting at 8:40pm on the soccer turf. After a great fall semester, we look forward to hitting the ground running as the final push to nationals continues this spring. Rock Chalk.

This is the first installment of players from the past. Oliver Parkinson played at KU his freshman year in 1998 until the winter of 2002. Oliver was a highly skilled player who could put his teammates into space and more often than not, just as easily make something happen out of nothing for himself. Oliver then took his skills to the University of Queensland in 2003(It's a minomer, he played at UQ but it wasn't a university team for 2003). He was lucky enough to play with 7 current or future Wallabies at the time when he was there, including 3 Wallaby captains. Ollie notably said that, "Suffice it to say I did not stand out at UQ." He returned to play at KU in the fall of 2004 but had to retire from the sport of rugby after his second knee surgery in 2005. Oliver furthered his education in 2009-2011 at the University of Washington where he picked up a new sport....Mixed Martial Arts. Then in 2011 his life took another turn when he became an acrobat specializing in Duo Trapeze and Flying Trapeze. He's never turned back since then. He is currently traveling the world performing his craft and has even performed on the grounds of the White House. He is lucky enough to be the first(and so far last) person to catch a flying trapeze trick at the White House grounds. His fondest memory playing for KU( apart from Johnny's every Thursday night) was the first time they beat Truman State. In his own words, "We got destroyed the first three or four times we played them, I think going down 82-0 the first time. We were in some tournament at Richards-Gebaur Airport and I tweaked my knee on Saturday. We played Truman on Sunday and squeezed out a nail biter. I think in part because I wasn't playing, I was more tense and nervous than if I had been, and I just remember being totally elated when the whistle blew and running around the field like a madman with no regard for my injured knee." When asked about his time with the rugby club, Parkinson had this to say, "I loved my time at KU. It would have been cool to have been part of a really committed and serious team, more like the varsity sports, but it probably wouldn't have been nearly as fun or made quite so many absurd memories." Good on 'ya Oliver and hope you can make it back to Lawrence some time soon to catch up with you. Rock Chalk Brother!

From the KJRFC family to yours; have a very Merry Christmas, happy Holidays and may the new year bring you good health, happiness and rugby. Cheers

From our family to yours, have a great Thanksgiving! This sport brings endless amounts of things to be thankful for. Here’s to spending time with your family; rugby and blood. Cheers!

Great job this past weekend from the KU representatives for the Heart of America Collegiate Team, a.k.a. the Love Squad. Captain Ian O’laughlin showed his versatility both on and off of the field. The Love Squad played against a very good Arkansas State team and lost 47-0. ASU is ranked #7 in D1a college rugby at the moment. There was also representation from Kansas State University, Truman State University, University of Nebraska, University of Iowa and Iowa State University for the Heart of America on the day. https://www.facebook.com/kurugby/photos/a.664574976973622/2611308152300285/?type=3